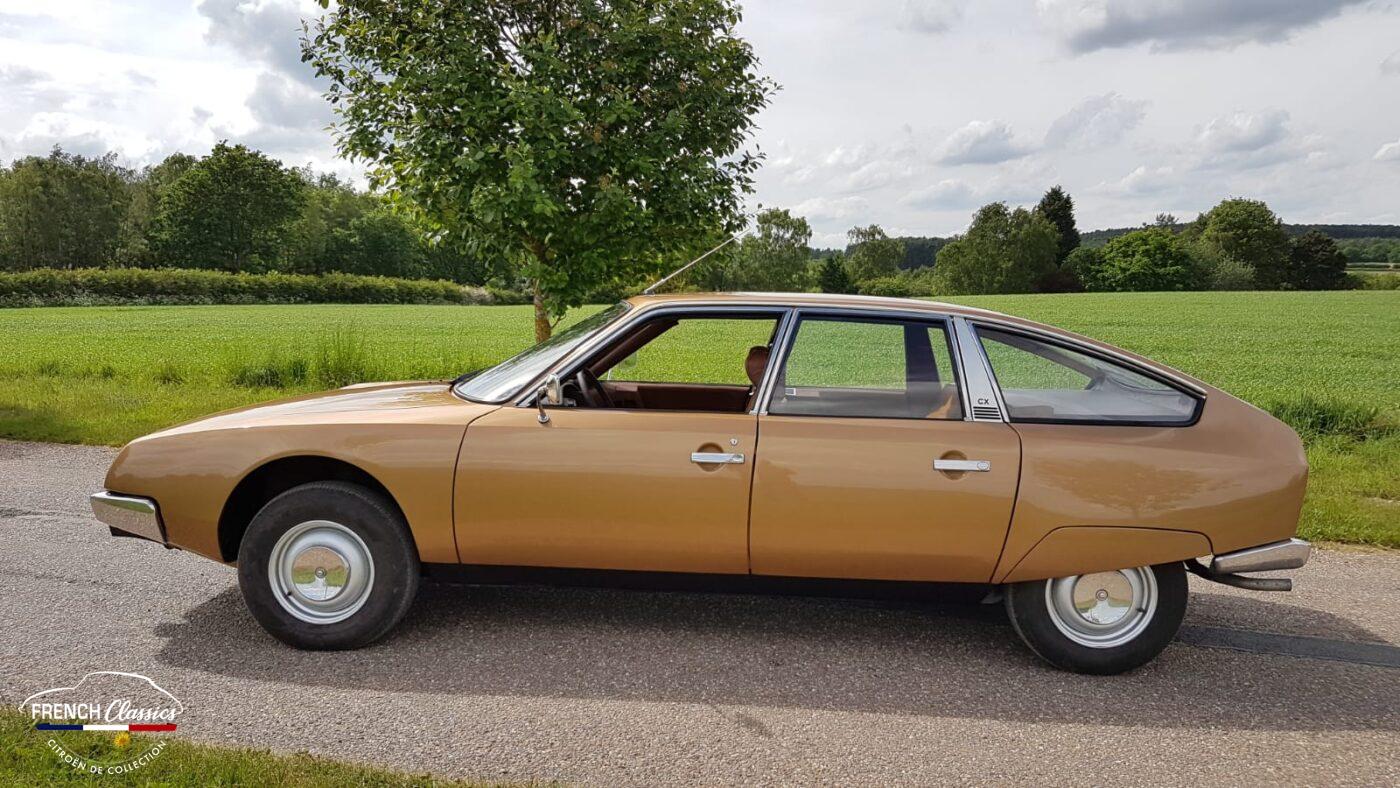 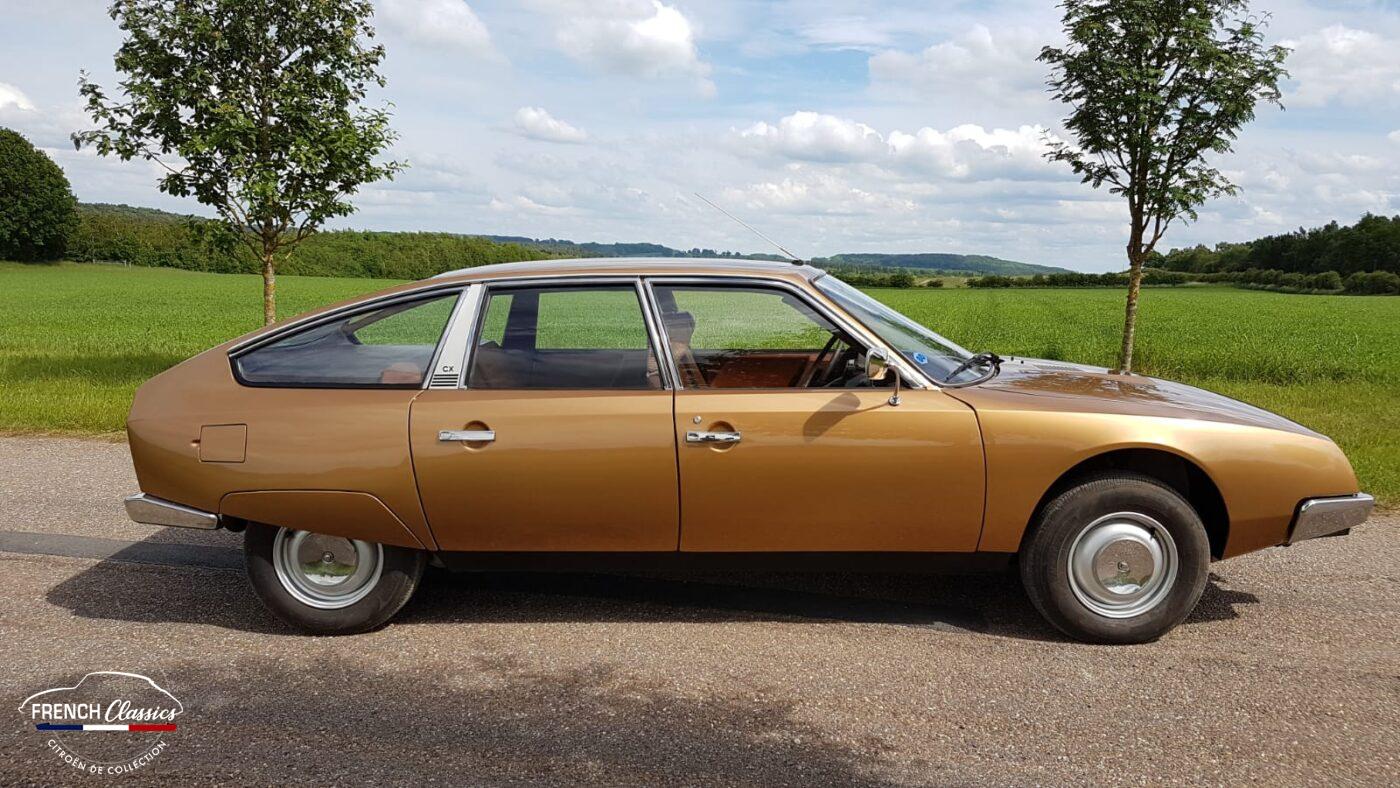 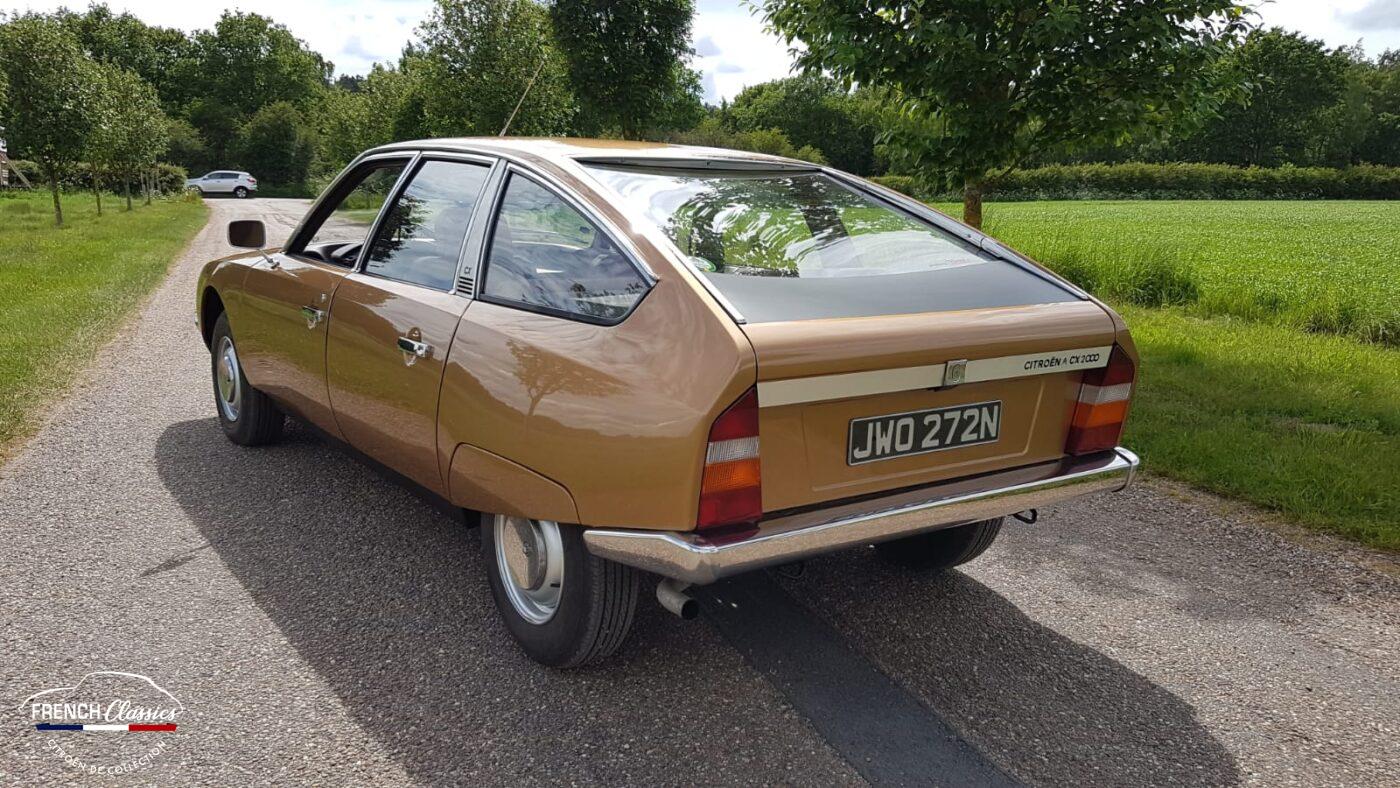 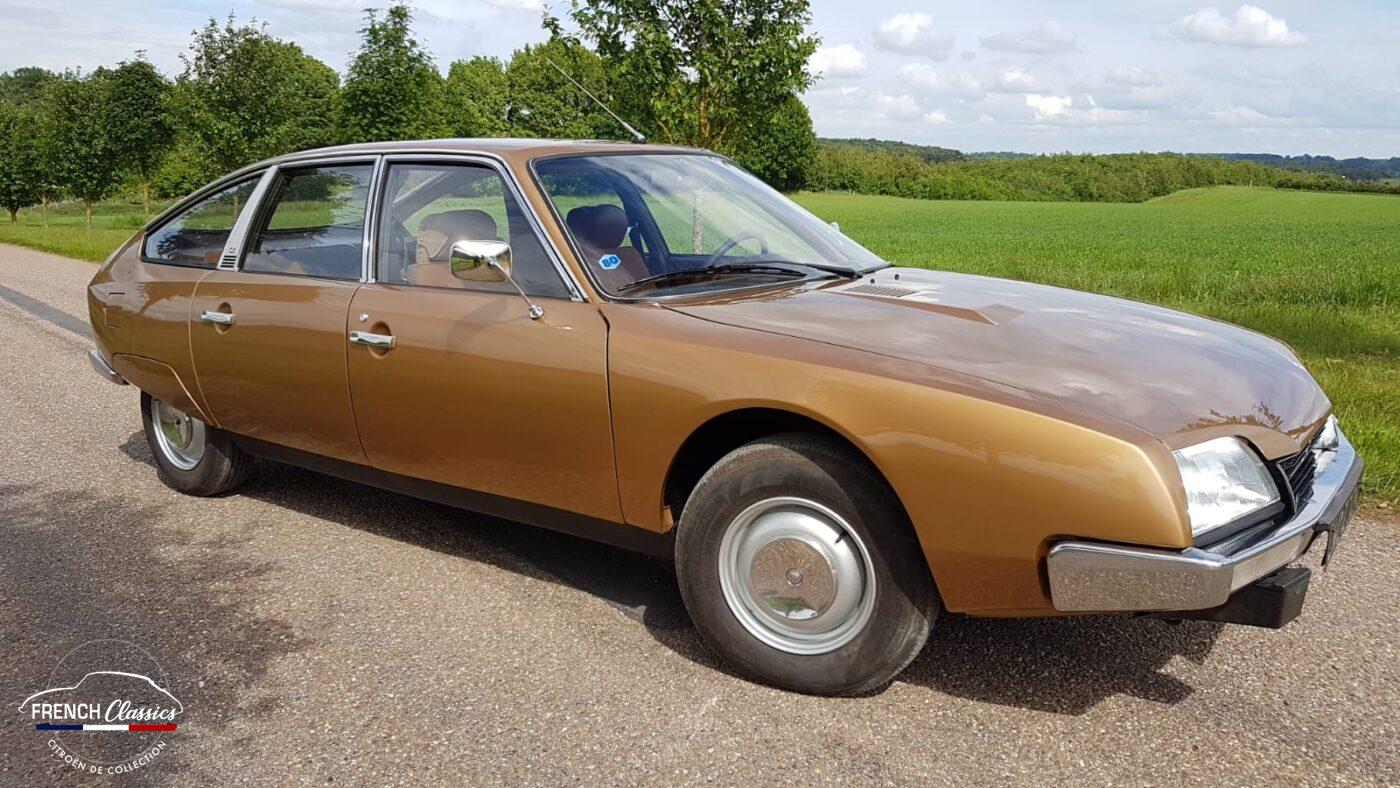 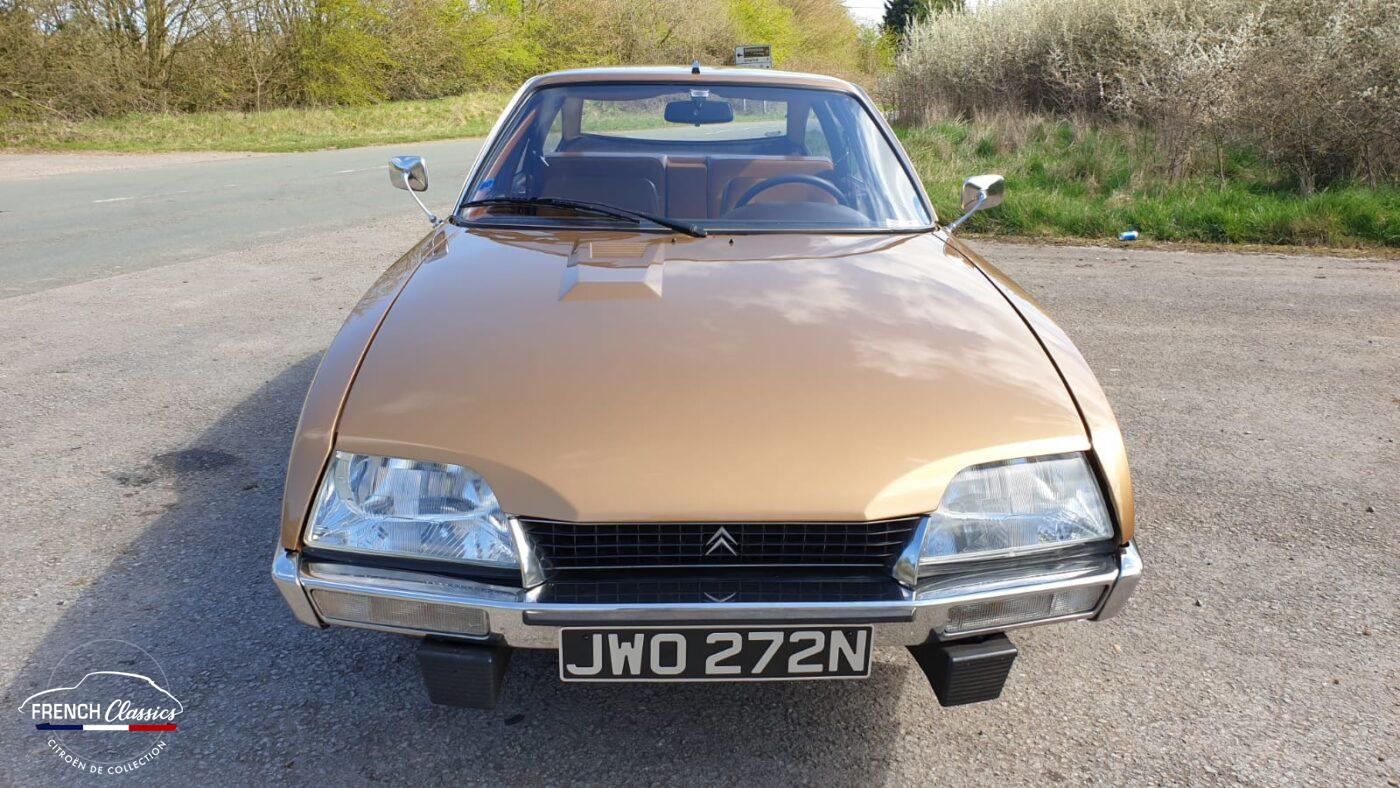 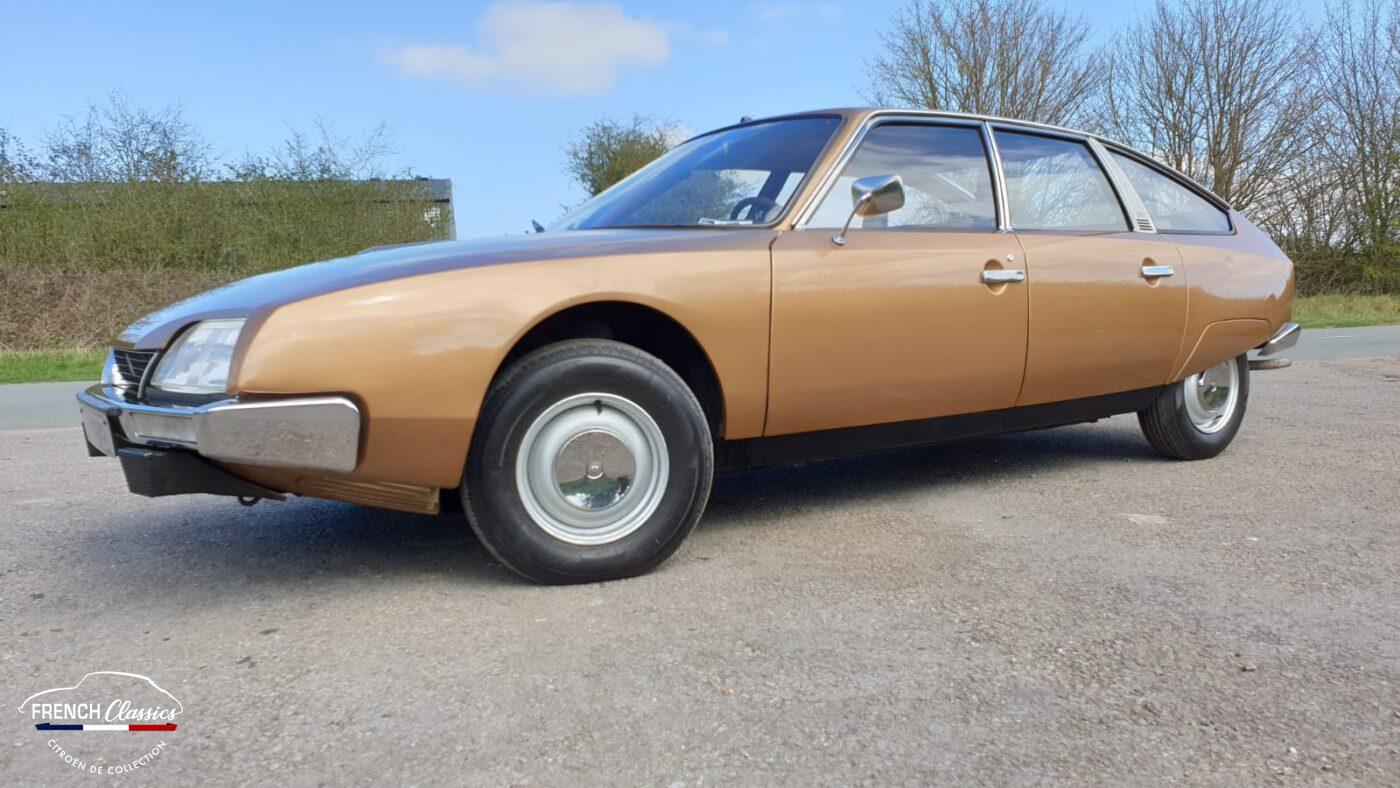 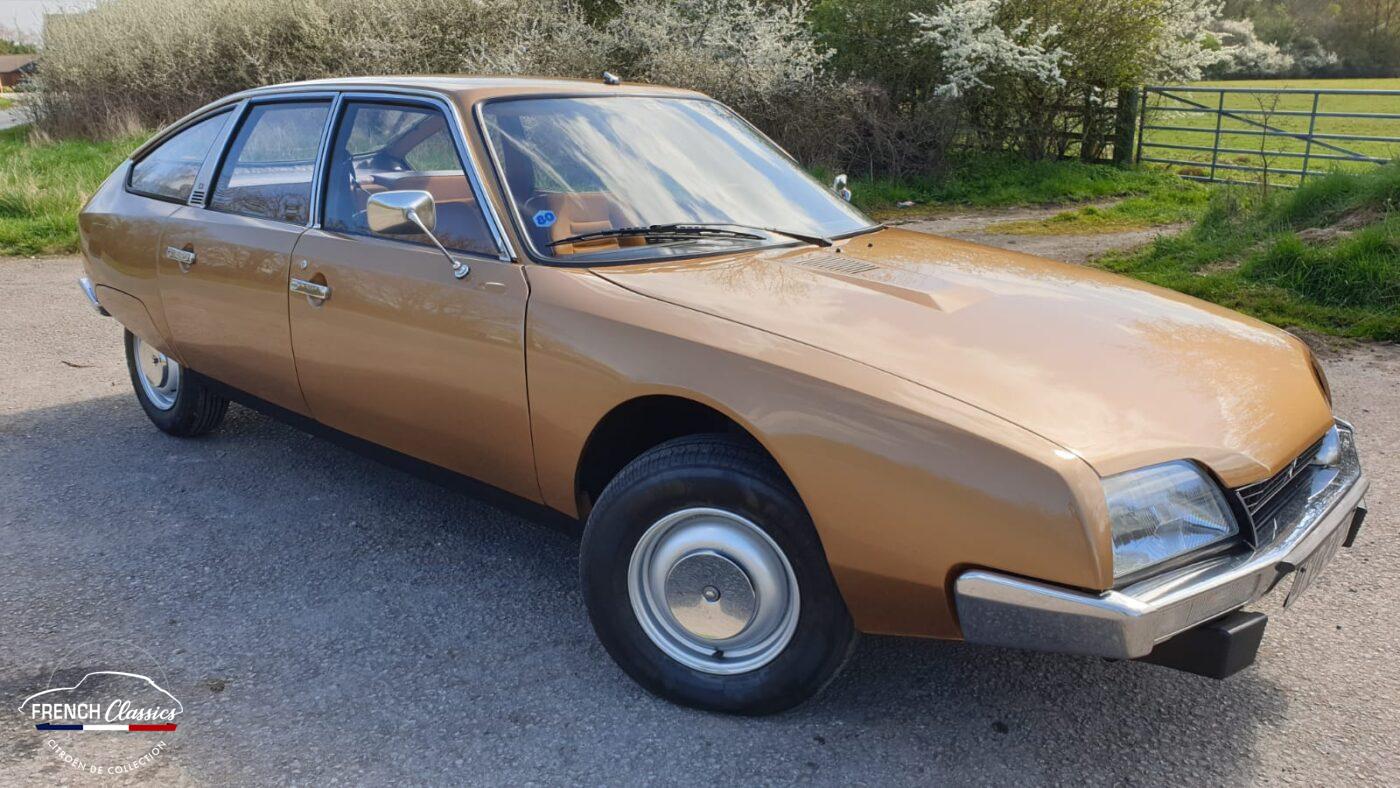 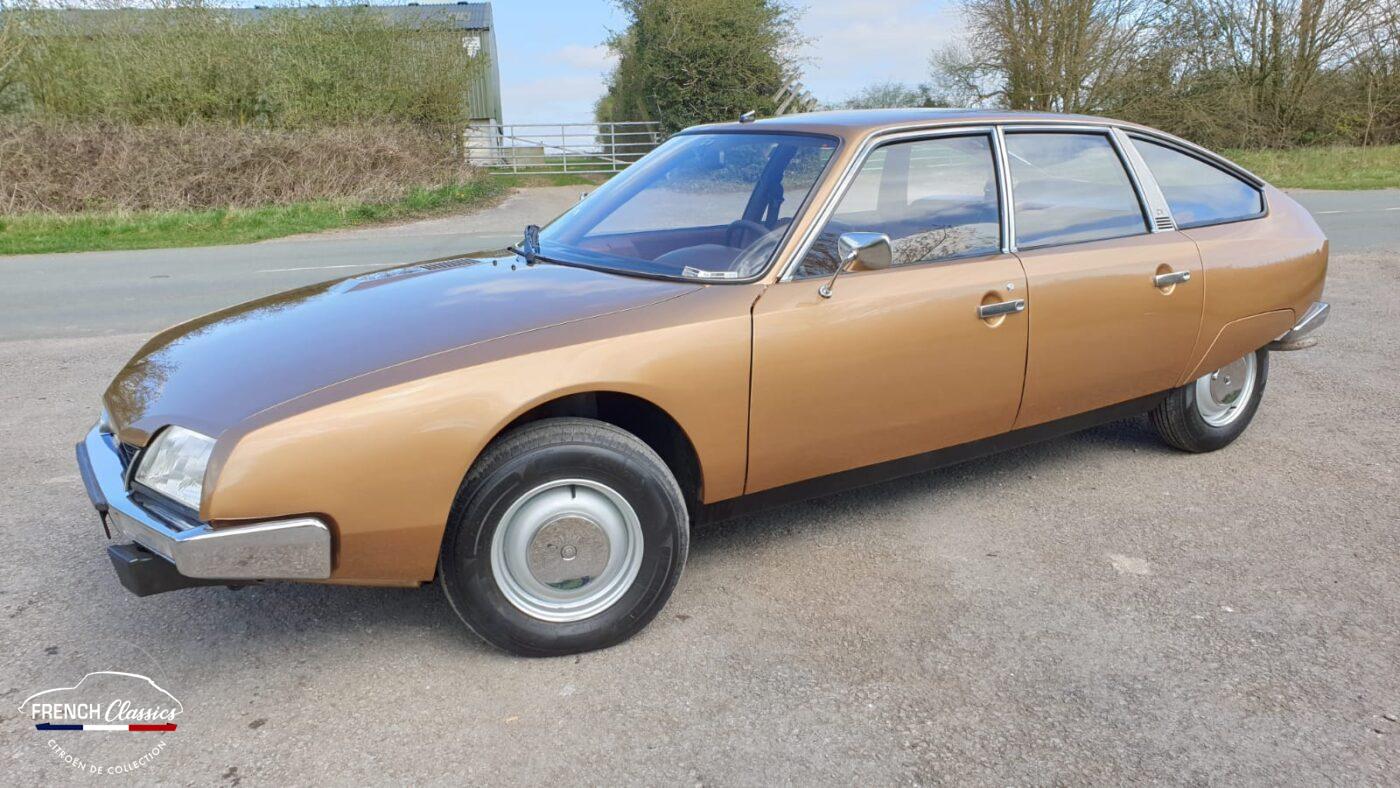 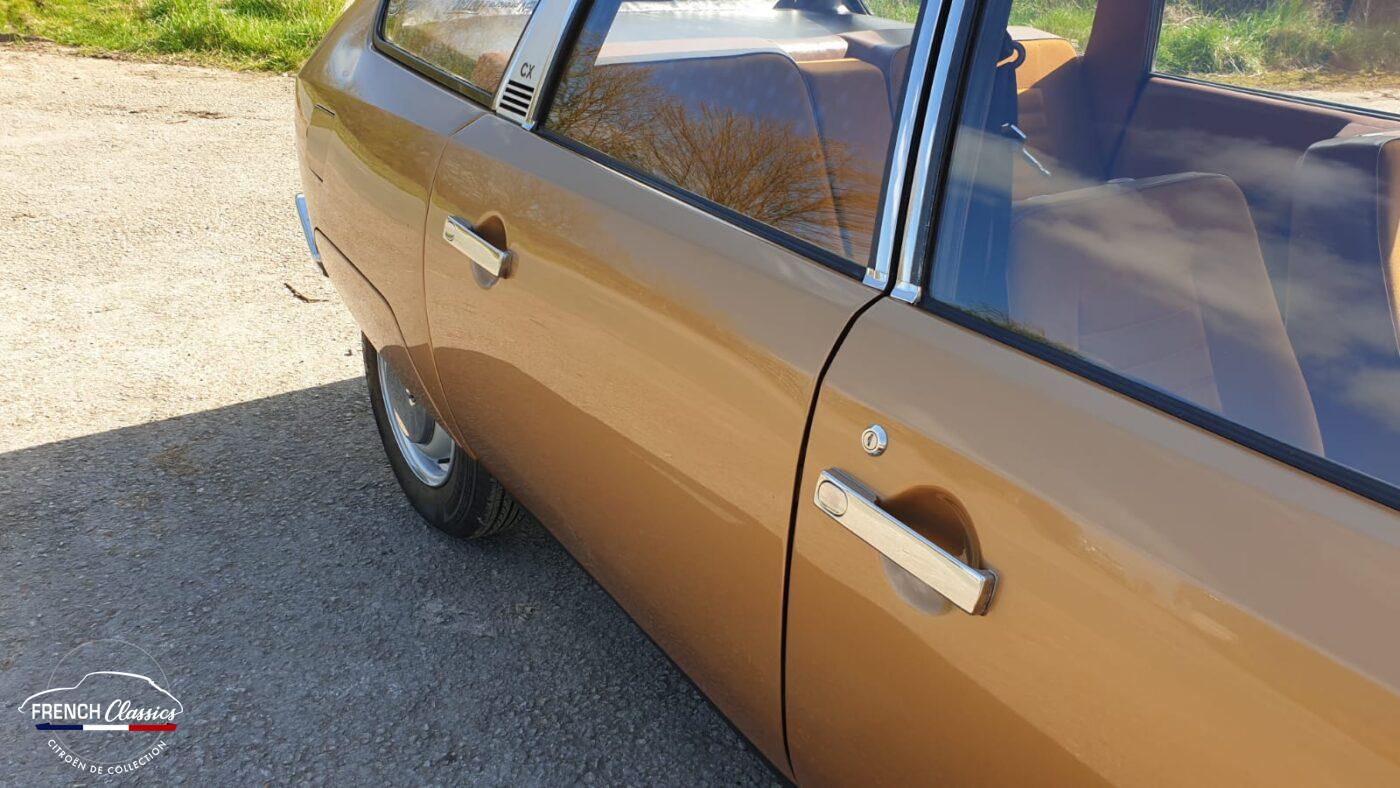 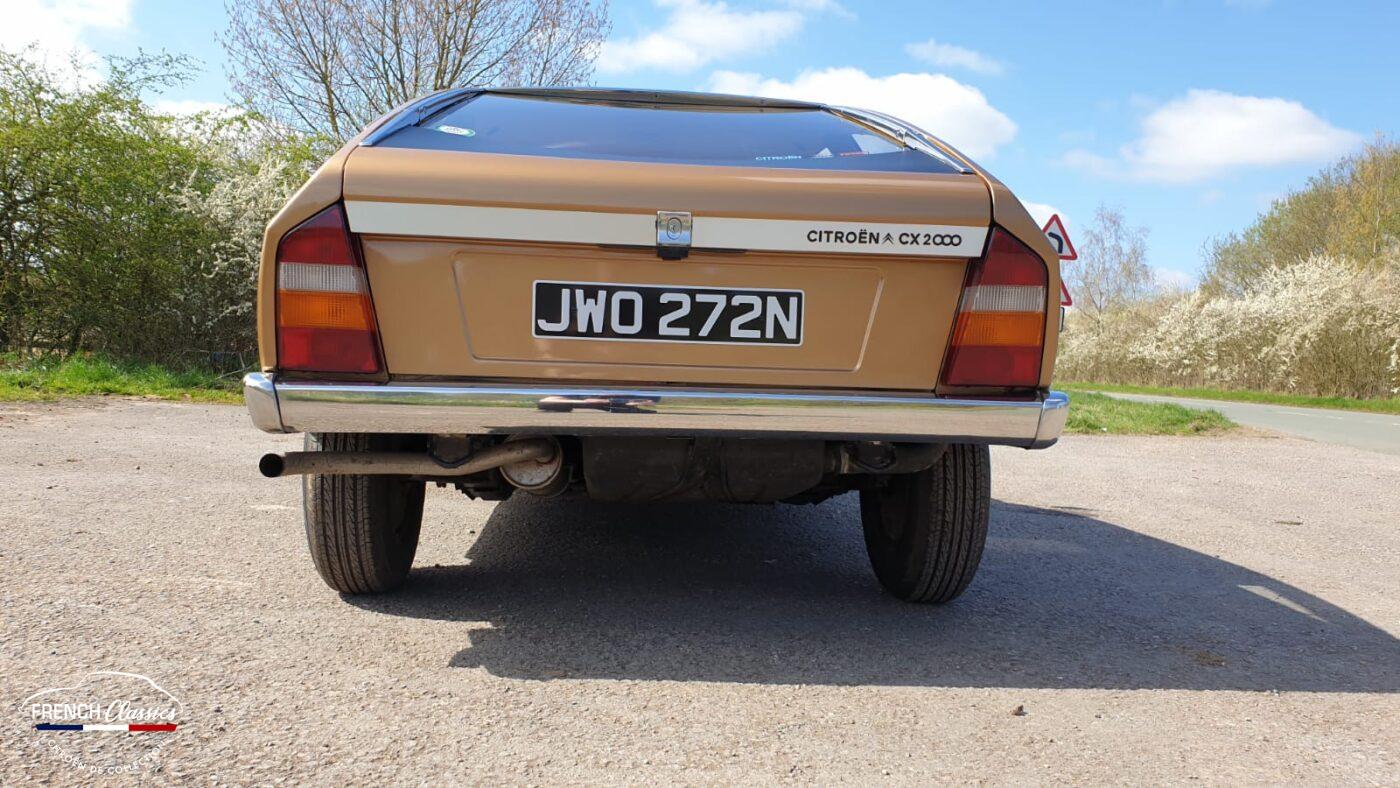 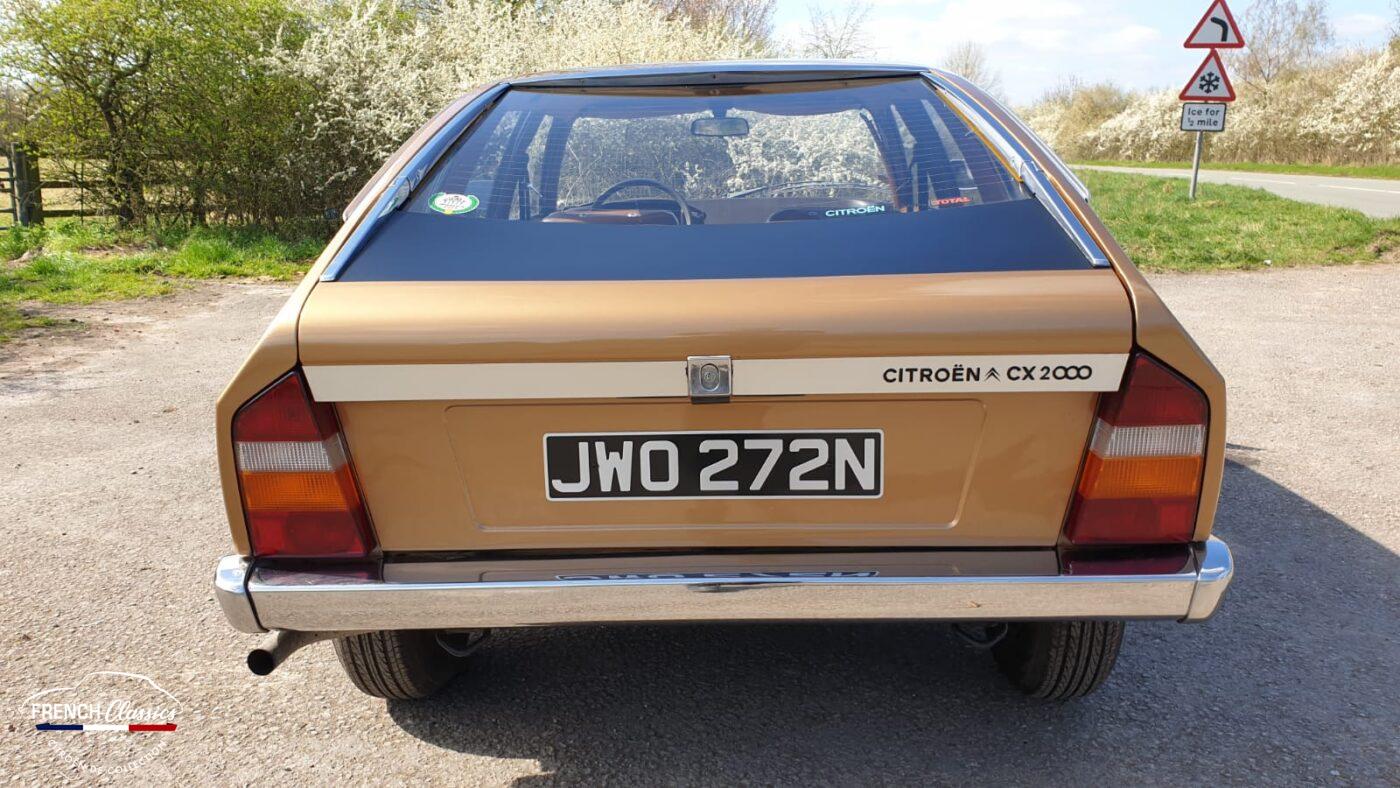 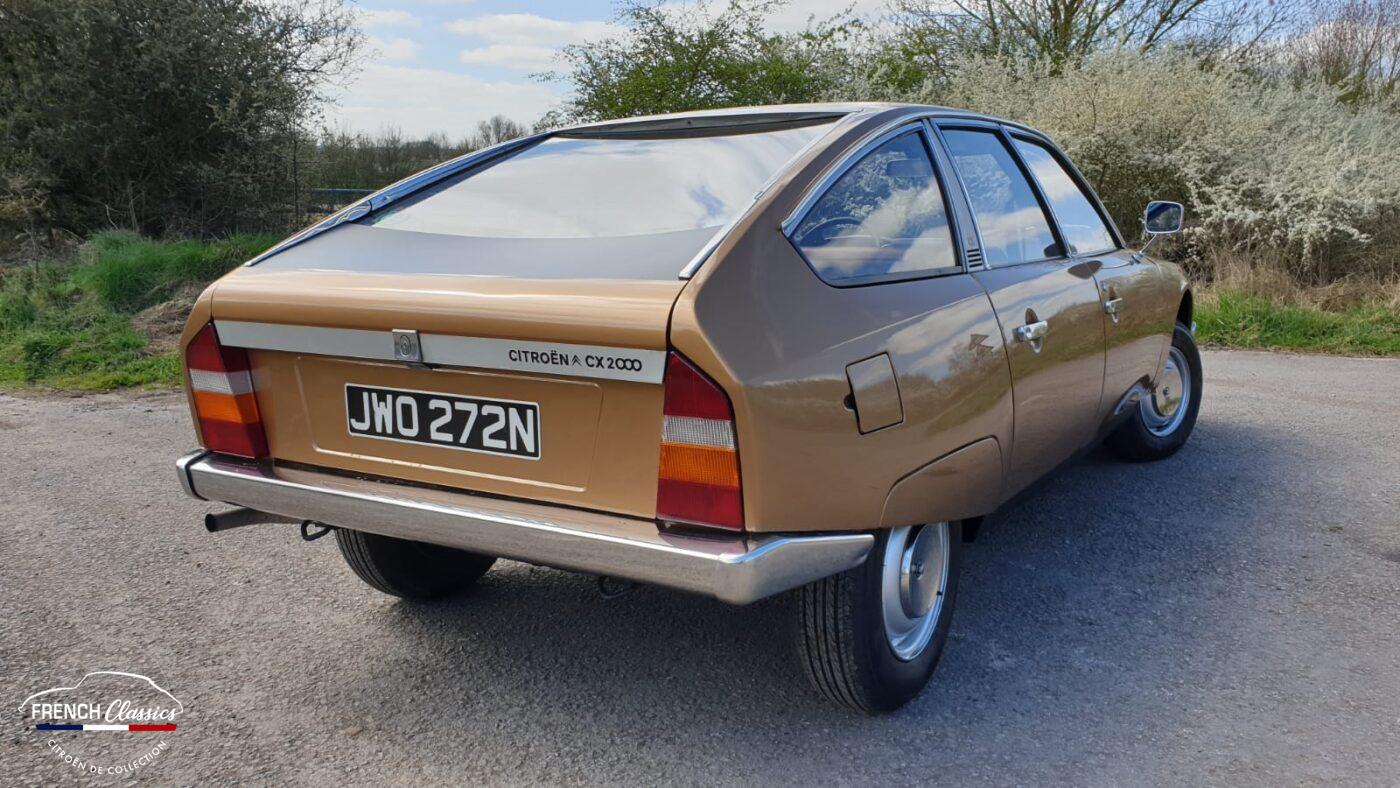 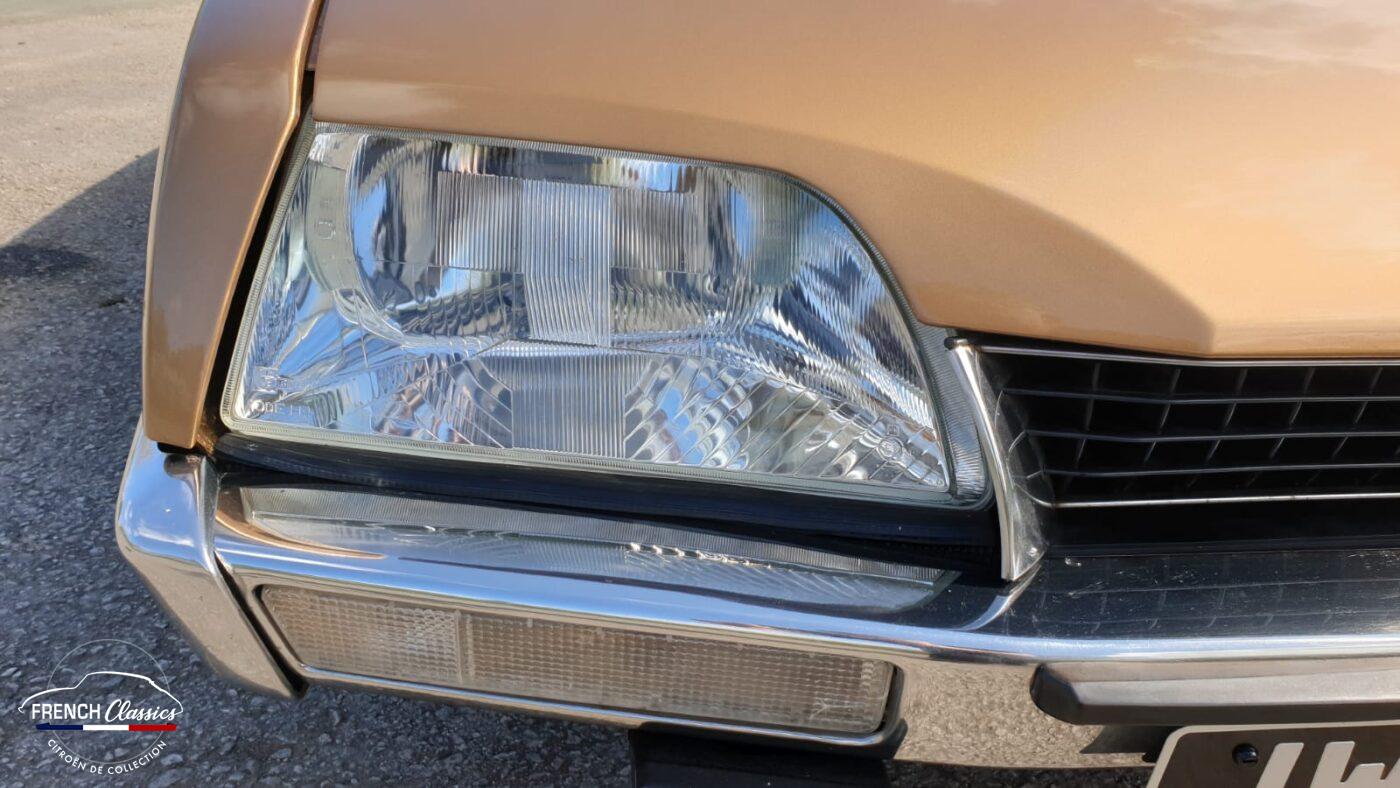 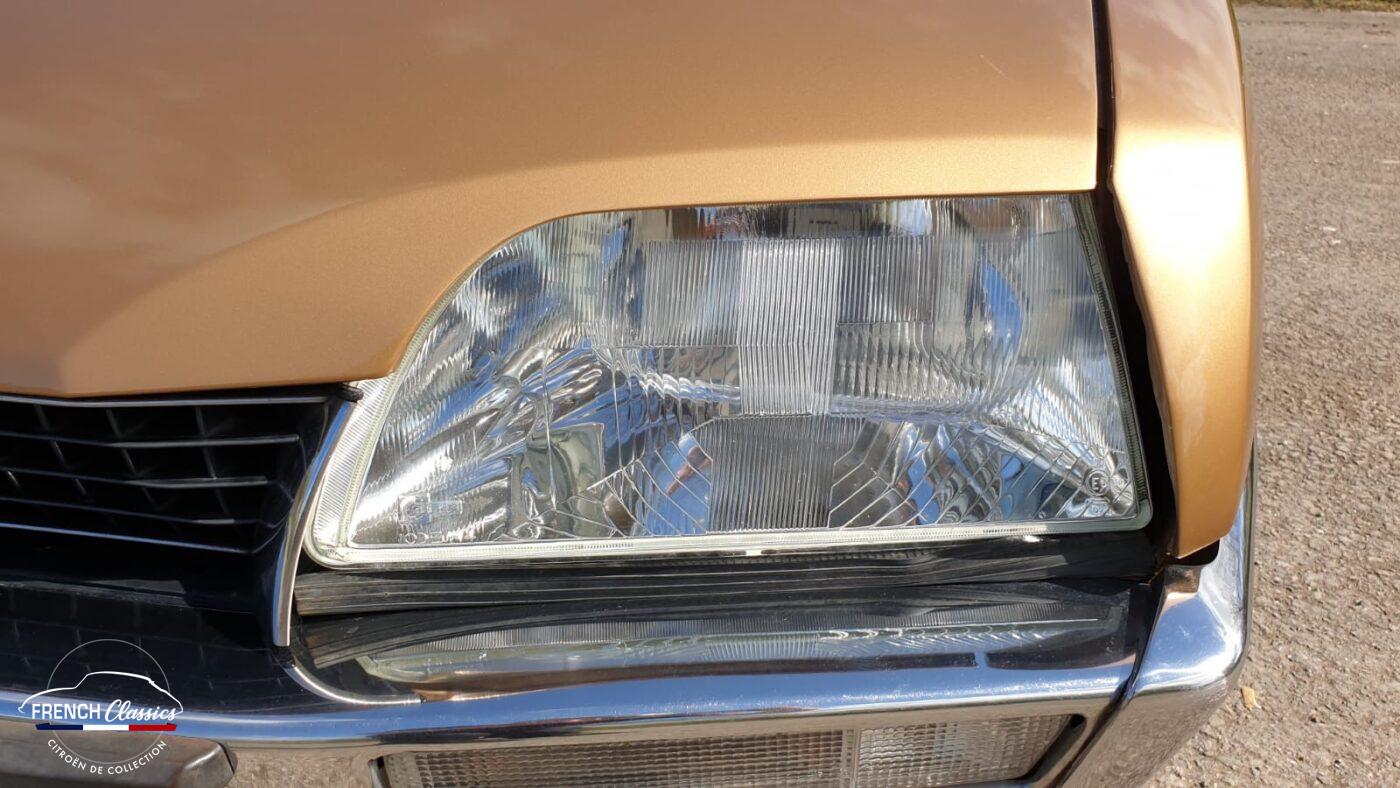 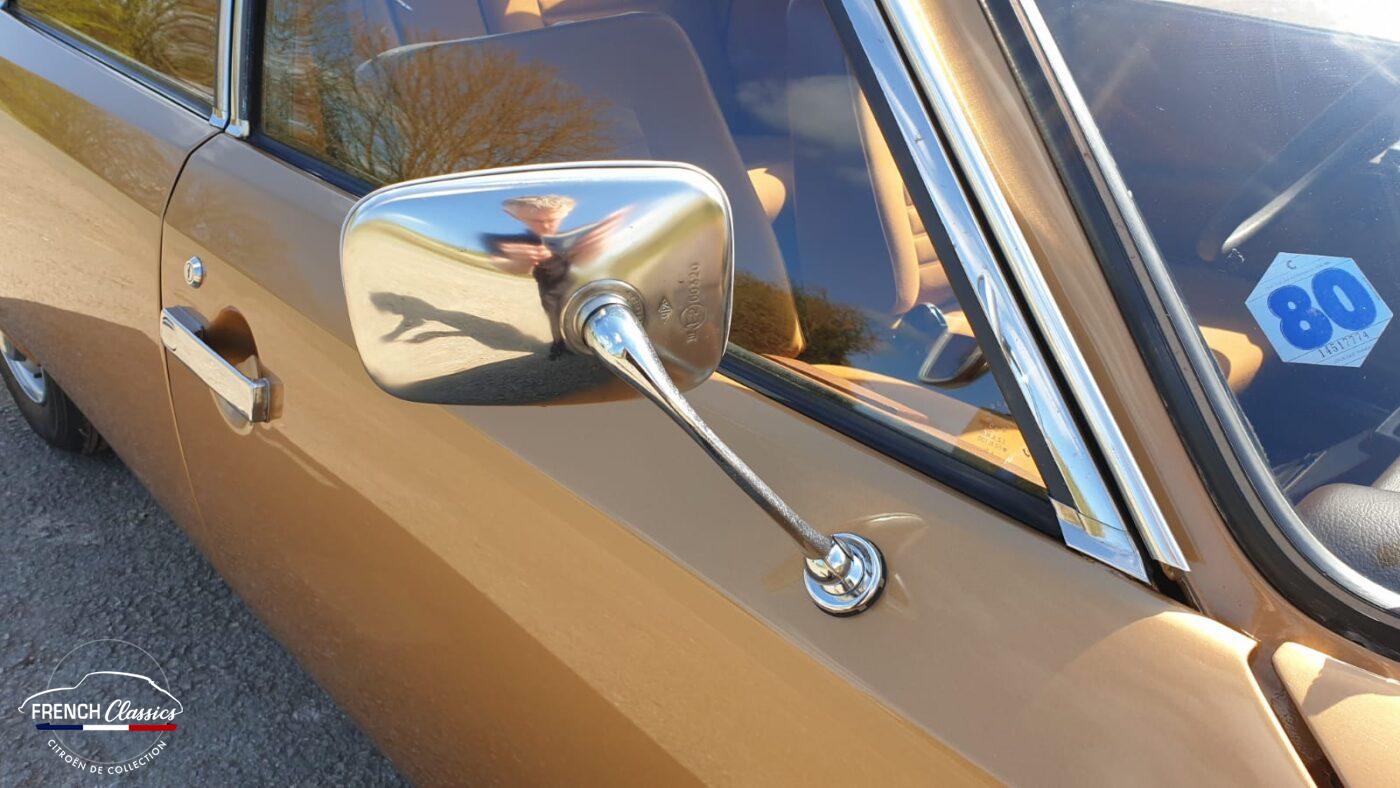 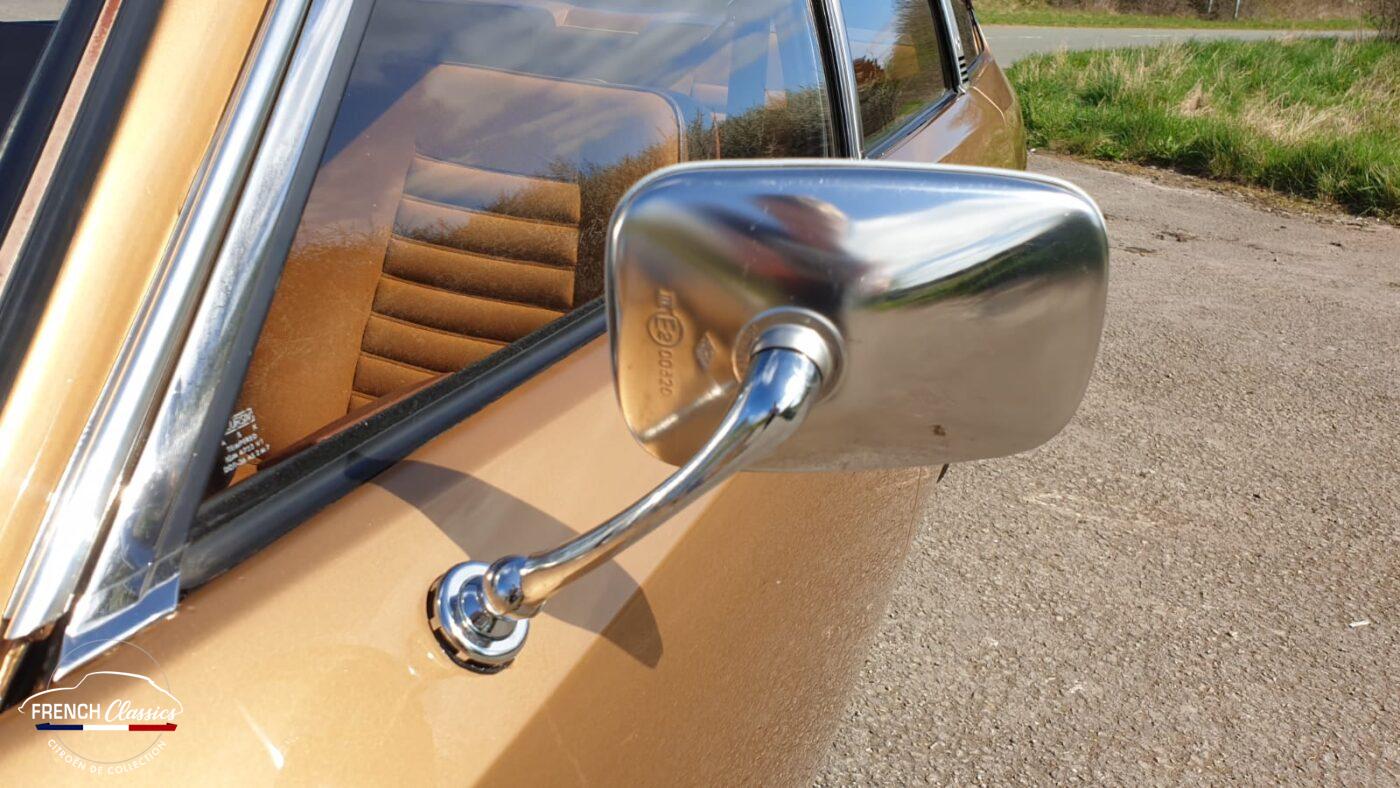 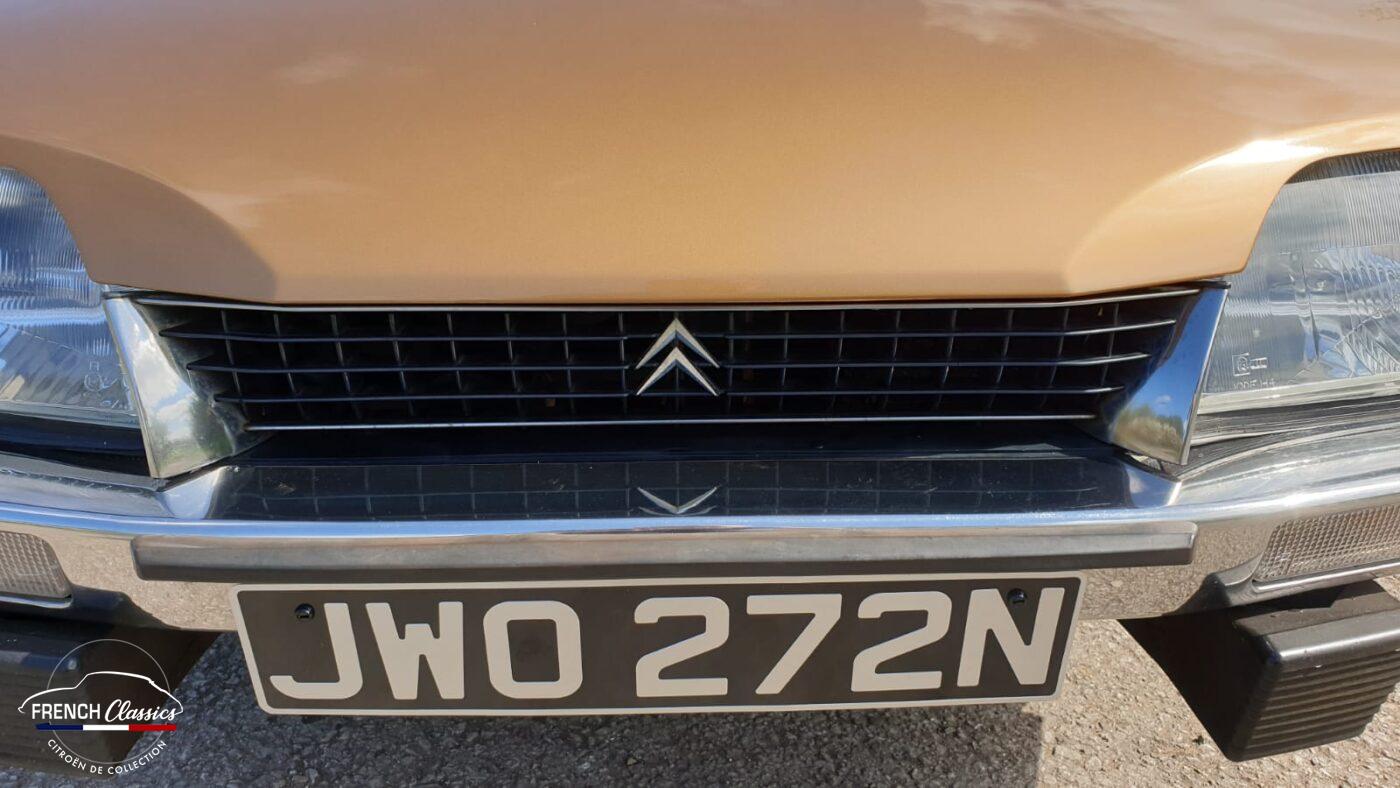 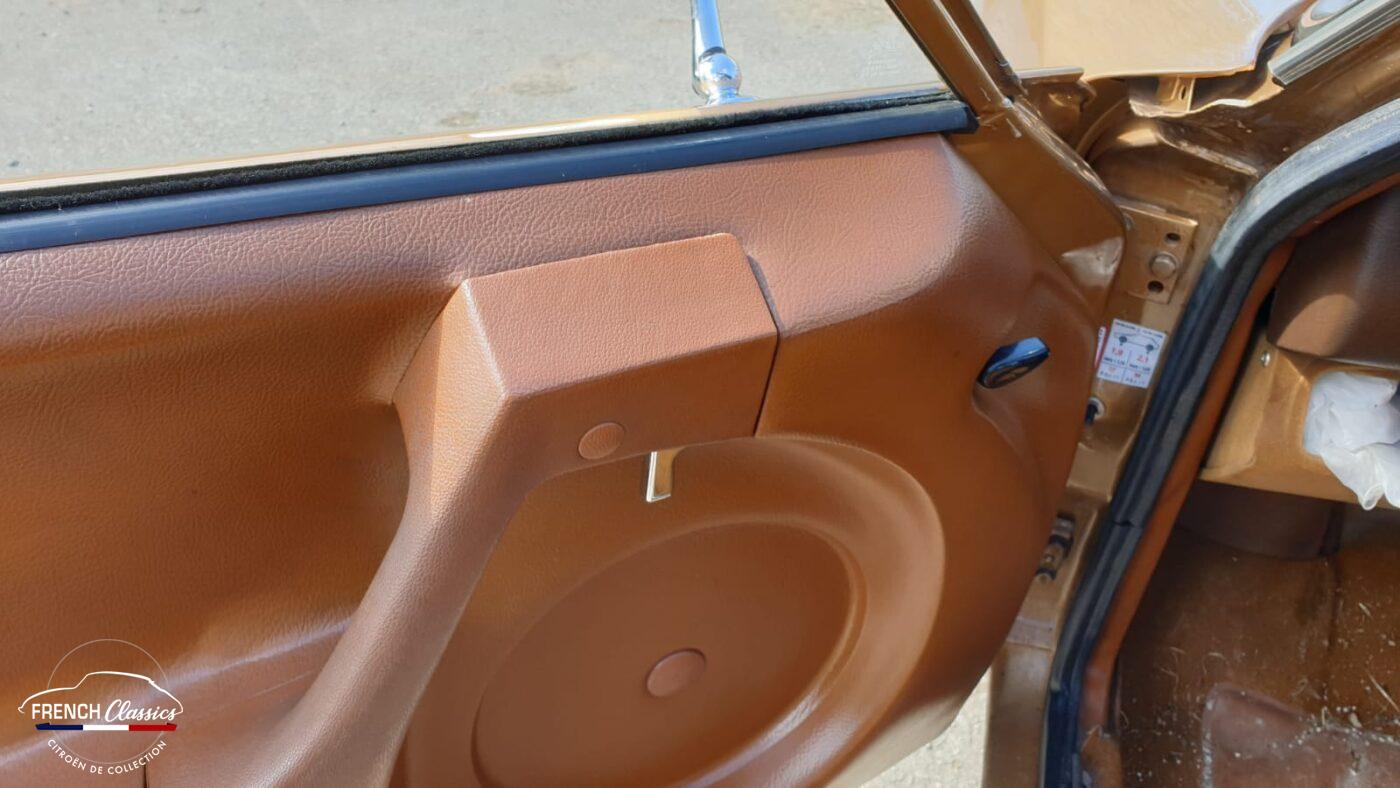 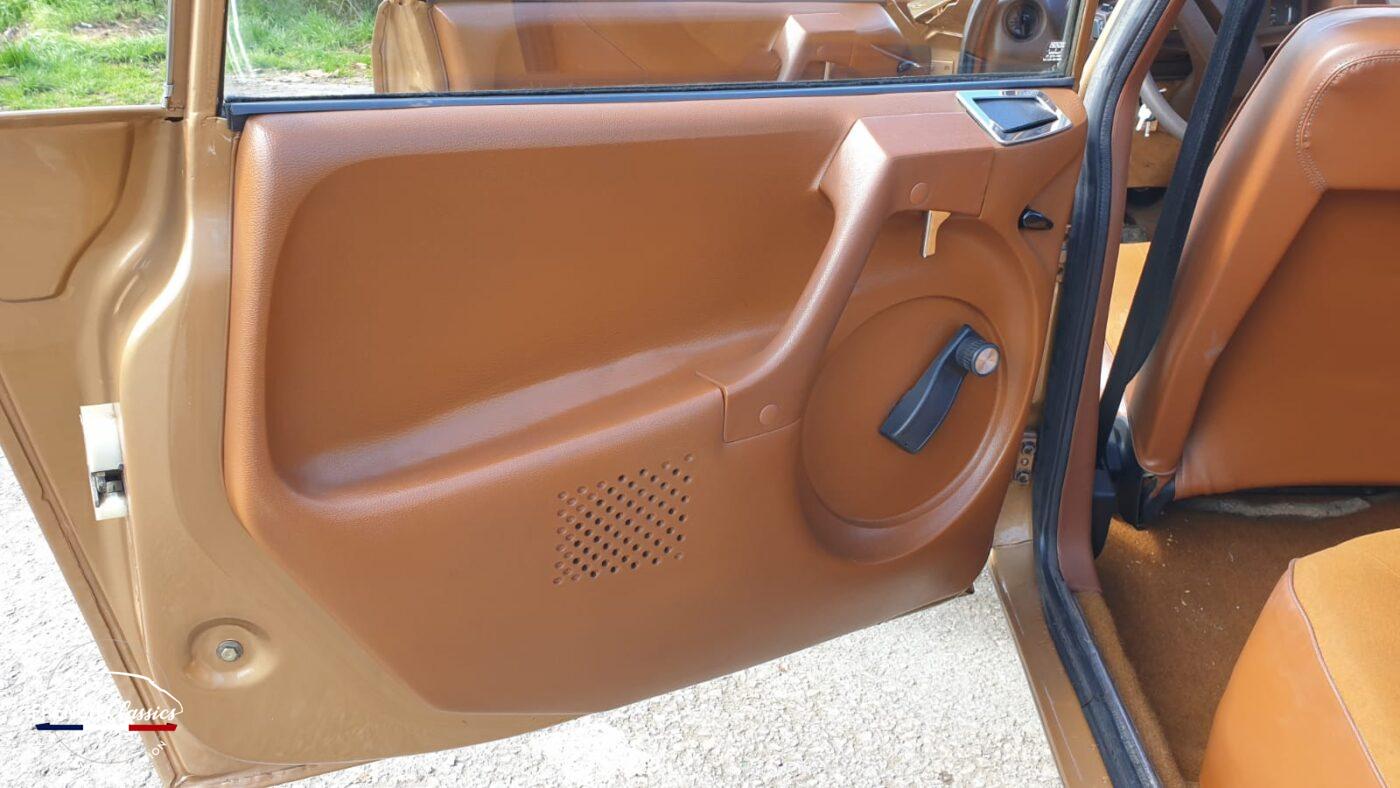 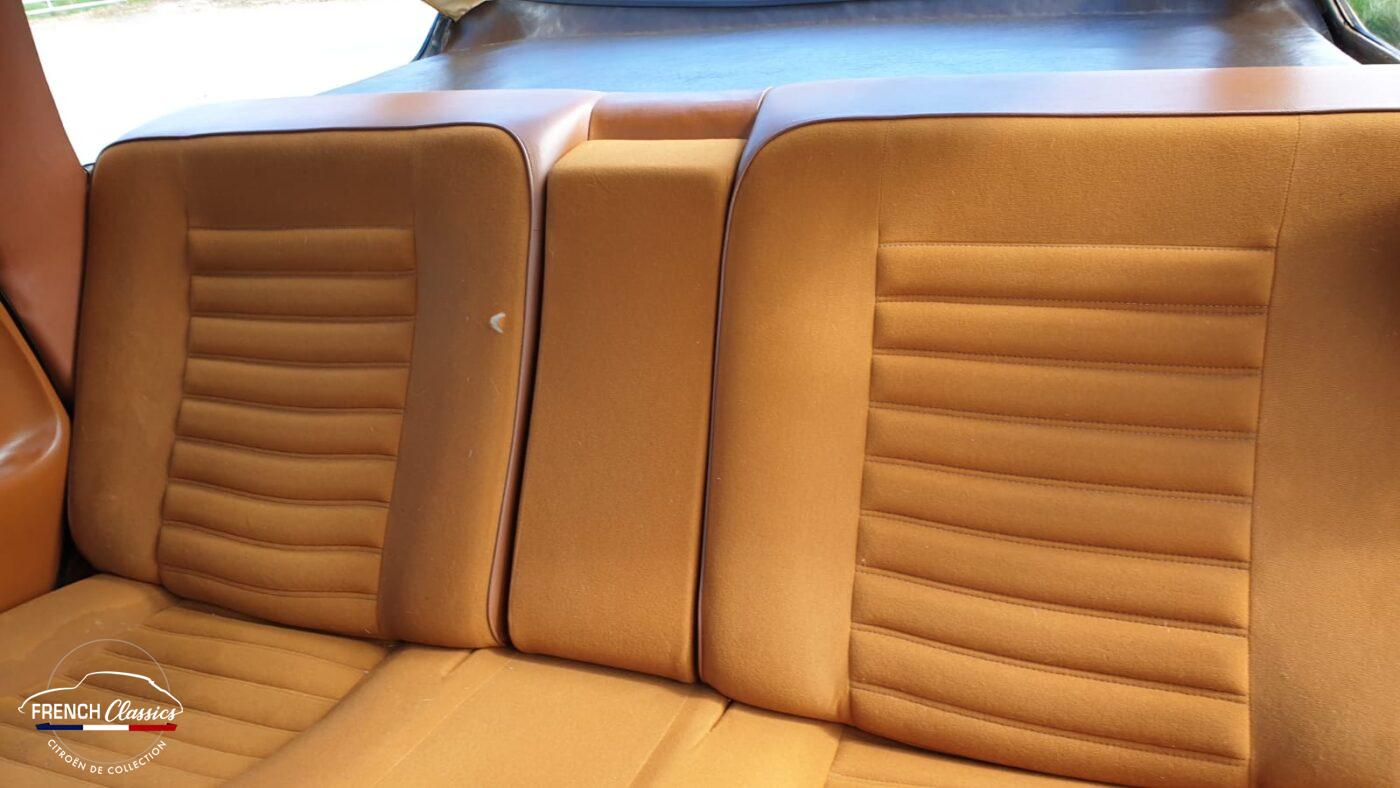 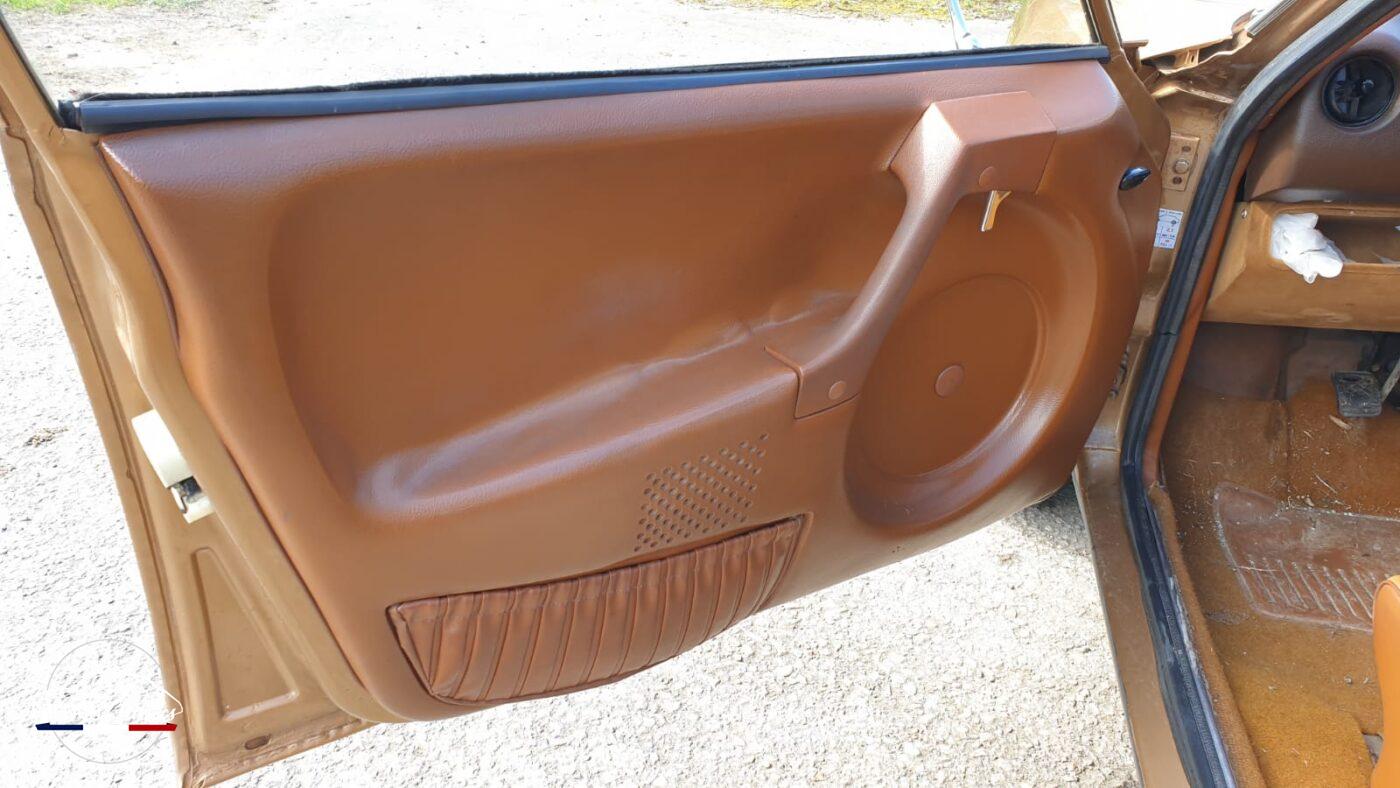 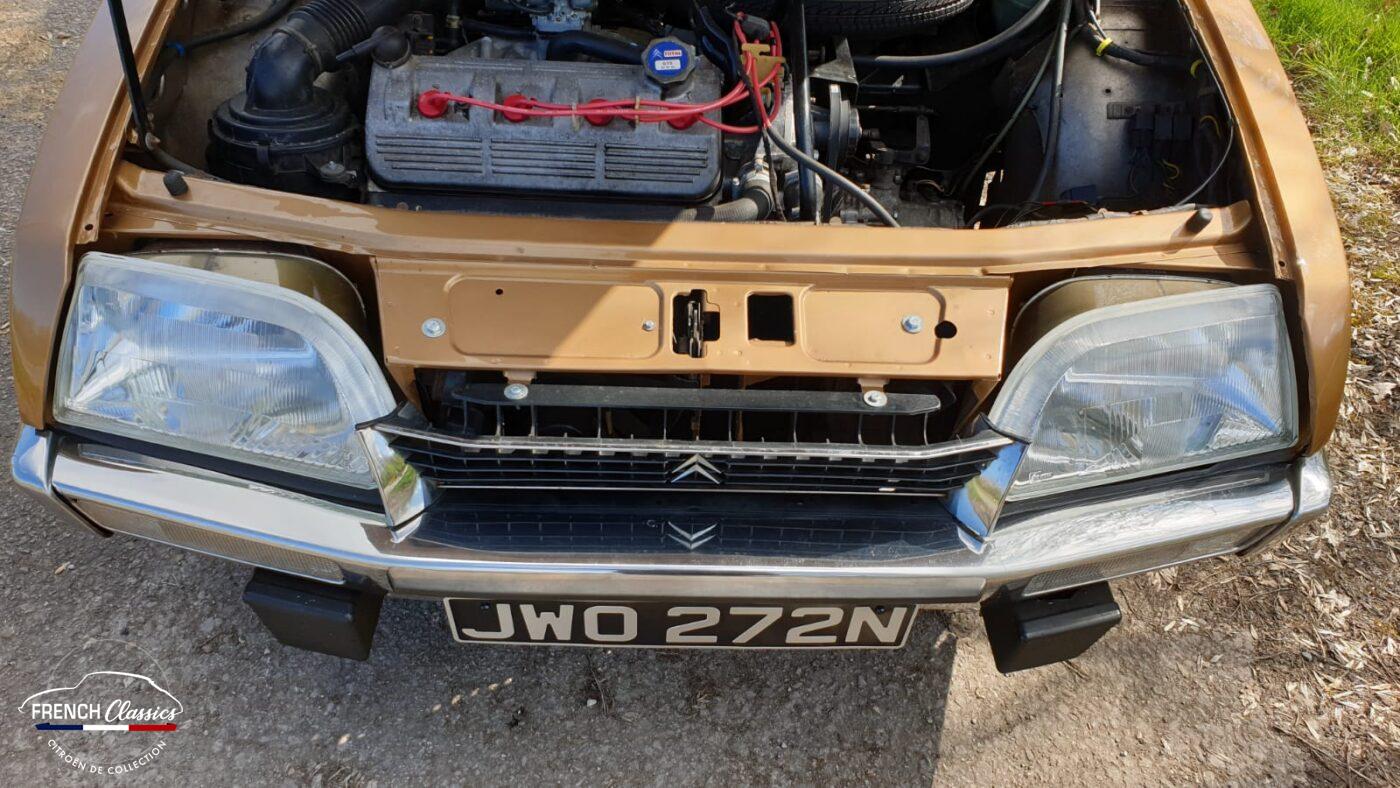 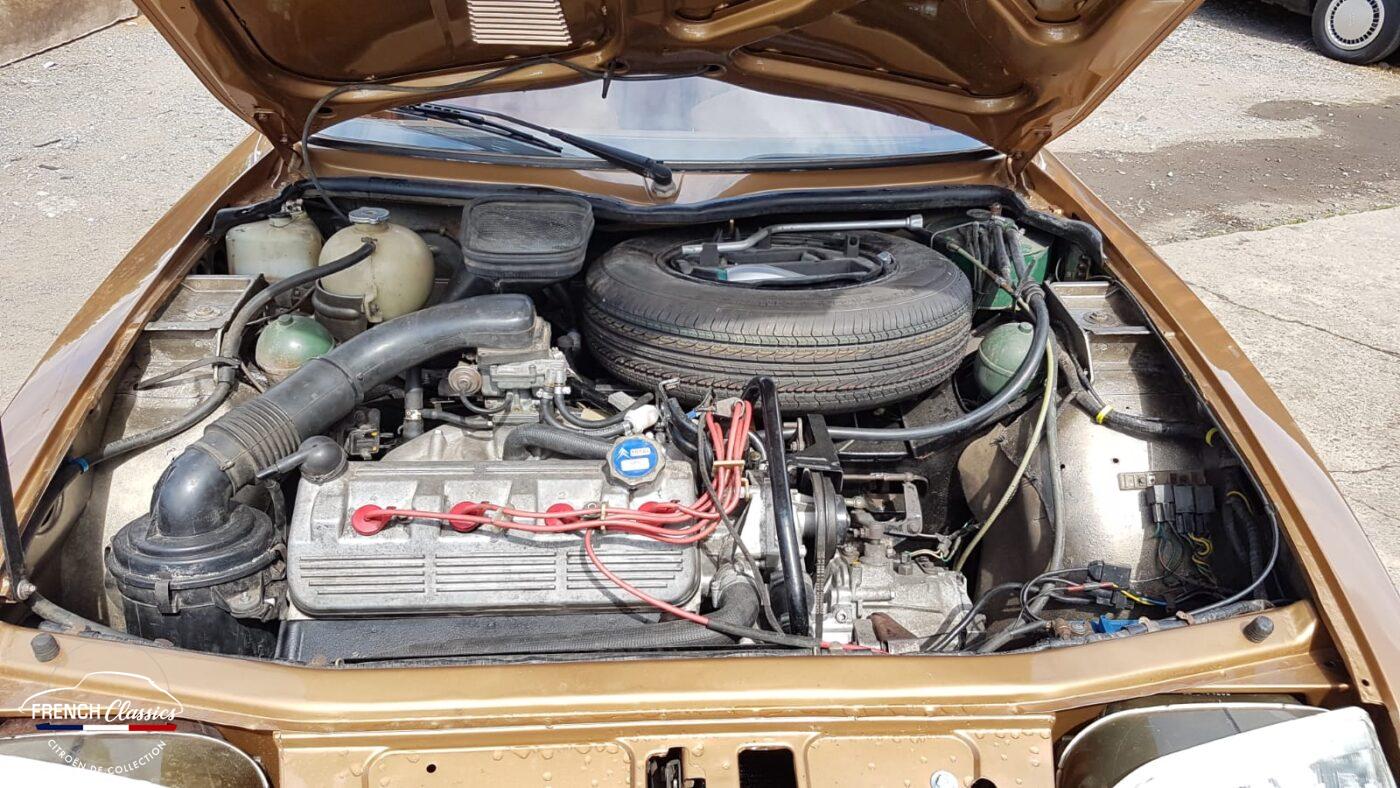 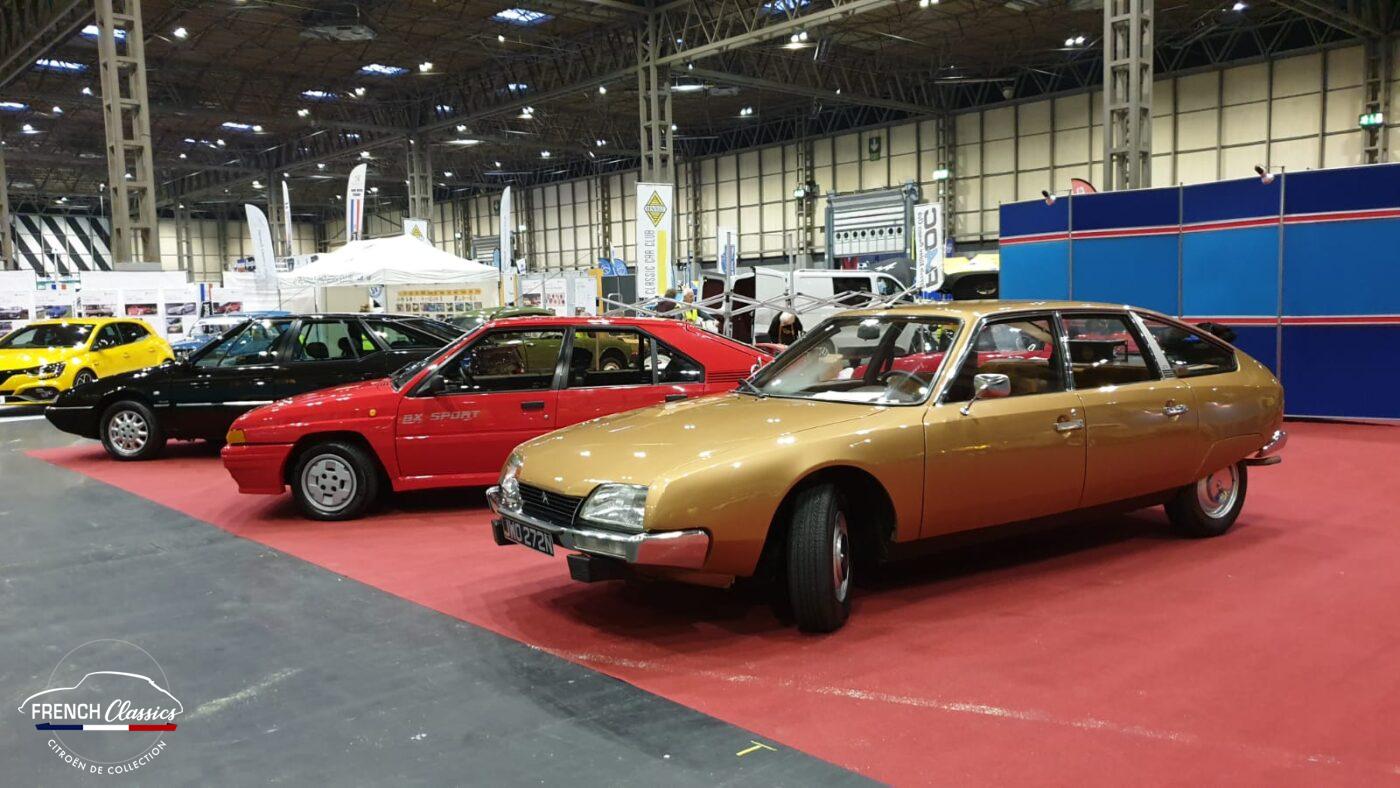 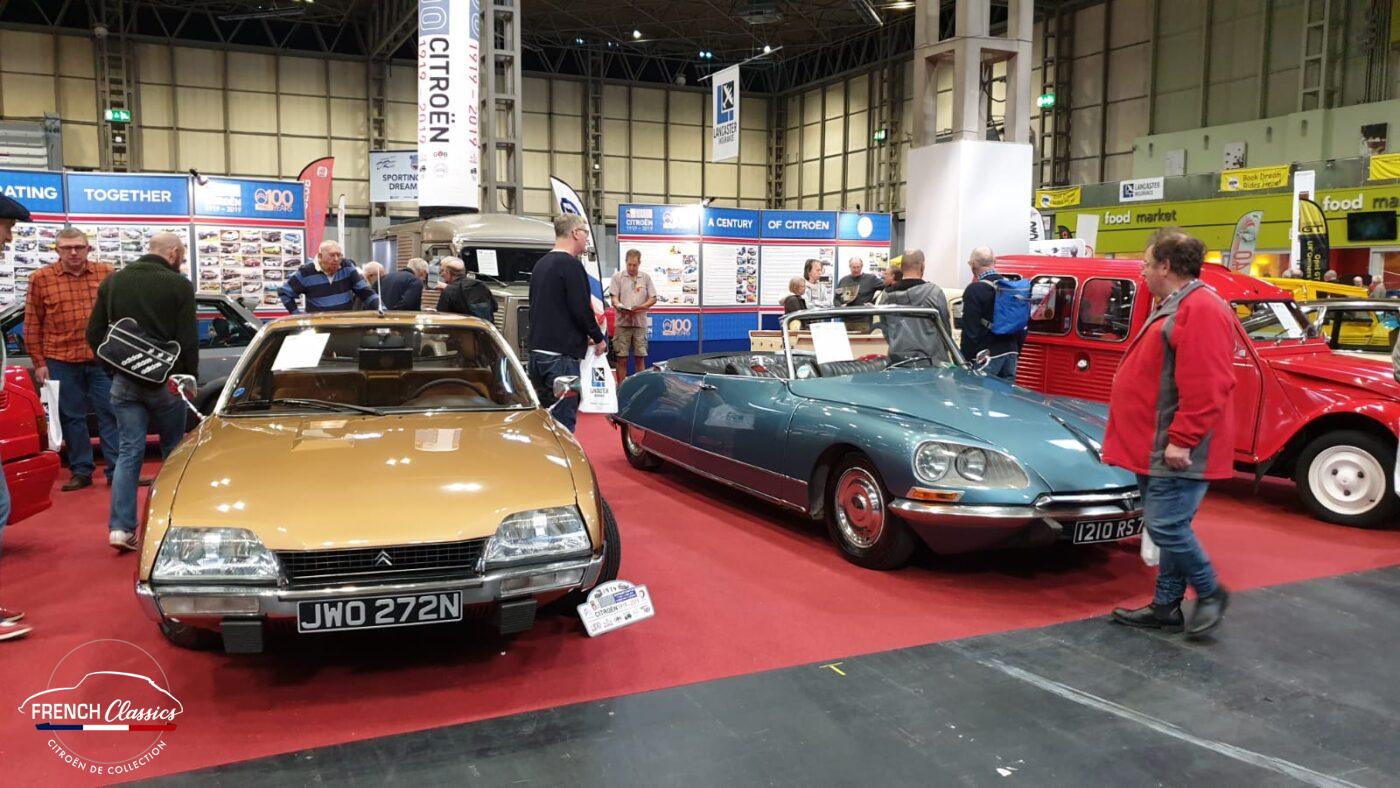 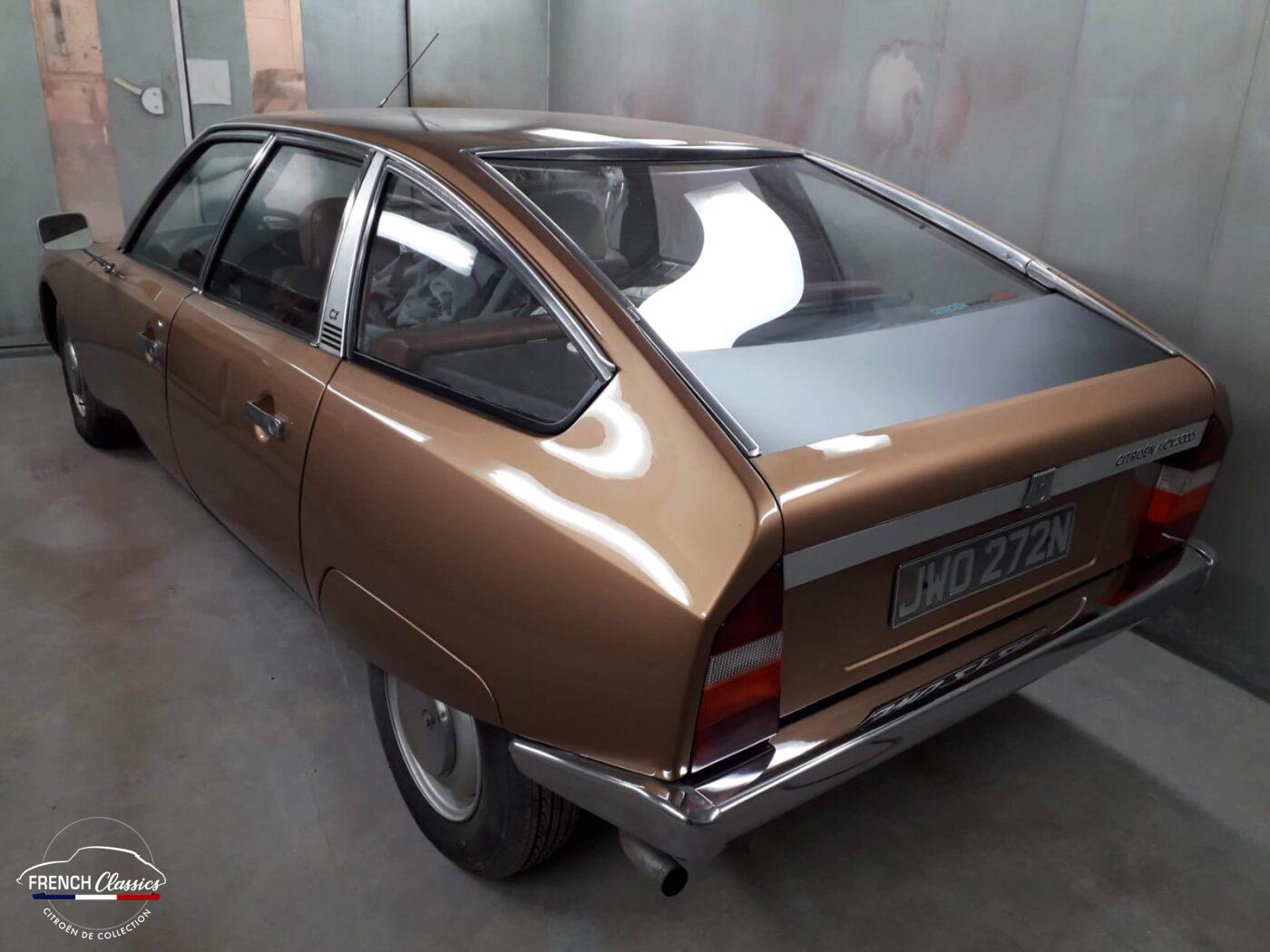 Here is a unique opportunity to own one of the very first Citroën CX’s ever produced. Launched at the Paris Motorshow in October 1974, the CX was one of the most advanced cars of the time and voted European Car of the Year in 1975.
This Dec ’74 built, Jan ’75 registered CX2000 Confort 4 speed manual represents the CX in its earliest purist form, just how designer Robert Opron intended, without the mouldings and trims of later models and is identical in both colour and specification to the vehicle used in the CX launch brochures.(optional extras included rev. counter, electric front windows and front seat belts)
This particular car began it’s life in Saint Affrique in the Aveyron region of the South of France on 18th January 1975 and last saw the road in approximately 1981 where it had sat in a garage until being brought to the UK in 2015. As a result of being stored in this warm southern climate, the car had survived remarkably well and, to this date, has never been welded and remains structurally intact as it left the factory and has been treated/preserved accordingly to ensure no welding will be needed for many years to come.
The original odometer displayed 20953km upon arrival but no paperwork came with the vehicle so this cannot be verified as being 20953km or 120953km although the cleanliness of the engine internals do suggest low miles. Unfortunately, the speedo drum had an intermittent fault and had stopped turning, so a used RHD MPH cluster was fitted for UK driving. The original instrument cluster is still with the car.
On arrival in the UK, the vehicle then received a full recommission and restoration to return it to the road and its former glory with the objective being for it to be as good and as close to how it left the factory.
Mechanically, the vehicle was fitted with some extremely rare new parts including clutch, synchro rings, headlamps, carburettor, hydraulic pump, coolant hoses and radiator amongst a very long list of parts. Cosmetically, new components again included many NOS Citroën parts including bumpers and phase 1 hub caps along with a full glass out respray in its original AC330 Sable Cendré after having a brand new Citroën RH front wing (for minor parking damage), four new Citroën door skins and two new wheel arch spats. The interior is in original condition and has survived amazingly well as, those who know the CX well, know how delicate the seats and door cards are. The only area of wear in the interior is the leading edge of the drivers seat which has worn through and a small tear in the rear seat upright. A full list of work completed, including parts list, can be provided on request along with many detailed photos of the restoration work.
Upon finishing the restoration, the car’s first trip out was to the Really Retro show in June 2019 where in won ‘Best 70’s’ car. Since then, the car has attended numerous shows and events including the 100 Years of Citroën where it was displayed in front of Coventry Transport museum and also featured in the Citröen UK video of the event. The vehicle drives superbly and the hydro-pneumatic suspension performs as good as it should and cossets the occupants as Citroën intended.
To summarise, this fully restored car represents the Citroën CX in its purist form and will be admired by all at shows/events and particularly by those who know what this CX actually represents.(Sold fully serviced and supplied with original French handbooks and Citroën Heritage certificate with full matching numbers !)

Advertised on behalf of the owner and viewing recommended (Derbyshire DE7)